The lab days represent the experimental step of the Teachers’ Handbook produced by the CURRY project. In lab days, teachers and learners test Teaching Activities, to evaluate their effectiveness and reproducibility.

For this session pupils of the first year of secondary education were given the goal of developing a Google site (via Google Sites). The goal was to transform given information about current events (in this case about the Ukrainian president Zelensky) into an informative website.

These elements had to be included: 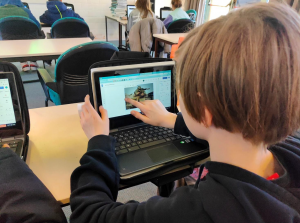 The site had to be formatted in a way that they deemed suitable for the subject. For example, with the colors from the Ukrainian flag (blue and yellow).

The pupils worked in pairs and had two full hours to complete the task. To learn how to build a Google Site, they used the lesson materials which contain six short lesson videos.

At the lesson start pupils collected the materials they had to include in the website. Then they visited the page with the lesson videos.

One pupil had to create the site, the other was added to the site via the ‘share’ button. This way, the pupils worked within the same document.

The sites had to be published online.

At the end of the lesson, the best websites were selected via vote. The winner got a little present (some chocolates). 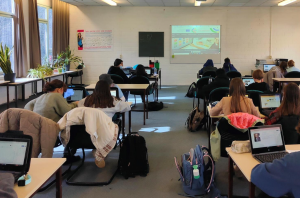 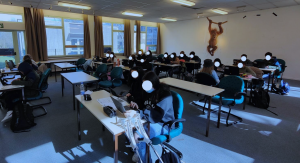 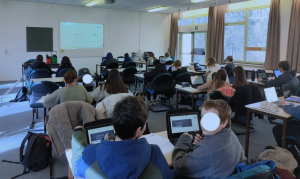 We would add a complementary color picker so that less creative pupils would also be able to pick a pleasing color scheme for their Google Site.